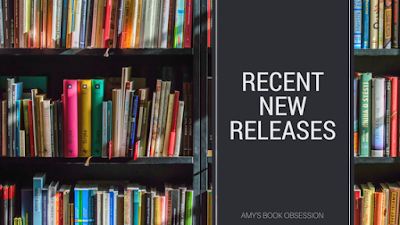 
The Flight Attendant by Chris Bohjalian
This novel tells the story of an alcoholic flight attendant who wakes up next to a dead body.

Anatomy of a Miracle by Jonathan Miles
I am hearing amazing things about this novel and I'm excited to pick it up!

Women of the Resistance: Poems for a New Feminism
This is a collection of poems by 41 contemporary poets who take a stand for civil and reproductive rights.

Our Father: Reflections on the Lord's Prayer by Pope Francis
Explores the traditional prayer.

My Shot: Balancing It All and Standing Tall by Elena Delle Donne
The memoir of the 2015 WNBA MVP and 2016 Olympic gold medalist.

Don't Bullsh*t Yourself!: Crush the Excuses That Are Holding You Back by Jon Taffer
A new self-help book full of advice around motivation.


Can It Happen Here?: Authoritarianism in America by Cass R. Sunstein

The Force by Don Winslow

All Grown Up by Jami Attenberg

The Shadow Land by Elizabeth Kostova

Every Note Played by Lisa Genova
I have really enjoyed her novels in the past so I'm eager to pick this one up which focuses on ALS.

The Astonishing Color of After by Emily X.R. Pan
I am hearing AMAZING things about this one. It was a Book of the Month selection and many of my bookish friends have been raving about it. It's a debut novel about grief, love and family.

The Broken Girls by Simone St. James
This is a suspense novel that was also a Book of the Month selection that's getting a lot of praise from people I know who read a lot.

Our Short History by Lauren Grodstein
This book was one of my favorites of last year. It just slayed me ... in the best way possible. I'm picking this one up for my home library!

End Game by David Baldacci
This is the 5th book in the Will Robie series.

Mr. Rochester by Sarah Shoemaker
A historical fiction novel that tells the story of Mr. Rochester from Jane Eyre.

Are you planning to pick any of these up this week or next?

Authors and publicists are welcome to contact me at the e-mail address below if they would like their books considered for reading and reviewing here.

Odd Girl Out: The Hidden Culture of Aggression in Girls
by Rachel Simmons

A Change of Heart
by Sonali Dev

When Stars Collide
by Micalea Smeltzer

Sparking the Fire
by Kate Meader

Escorting the Player
by Leigh James

Photo for header by guldfisken